BOSTON, MA - NOVEMBER 1: Kemba Walker #8 of the Boston Celtics exits the court following a victory over the New York Knicks at TD Garden on November 1, 2019 in Boston, Massachusetts. NOTE TO USER: User expressly acknowledges and agrees that, by downloading and or using this photograph, User is consenting to the terms and conditions of the Getty Images License Agreement. (Photo by Kathryn Riley/Getty Images)

When considering the Boston Celtics and who their team is built around, there’s a pretty interesting common theme: they are not used to losing.

Since Marcus Smart–the longest tenured member of the Celtics–was drafted, the team has been in the playoffs every single season. That means Jayson Tatum and Jaylen Brown have never experienced any sort of sustained losing either.

In fact, those two have never been part of a team that hasn’t made it to at least the second round of the Eastern Conference playoffs. In his first taste of the conference finals, Tatum went toe-to-toe with LeBron James and came within moments of punching his ticket to the NBA Finals in his first season.

Perhaps that is what made it so difficult to experience all of the hardship the 2018-19 Boston Celtics locker-room faced. Tatum and Brown knew they could almost reach the promised land, but Kyrie Irving wanted to be the main man after missing the playoffs the year prior with injury.

Irving’s history is well-documented. He was the #1 overall pick and hit the go-ahead 3-pointer in the closing seconds of the 2016 NBA Finals to bring Cleveland its first and only NBA championship.

It’s understandable as to why Irving operated the way he did. His ego likely only inflated when he started releasing his own custom shoe, and he even got the taste of being a star off the court when he starred in his own full-length film “Uncle Drew”.

That said, his greatness didn’t fit this Boston Celtics roster. His departure helped set the stage for a man that did fit this team: Kemba Walker.

Say what you will as to who is a better individual performer. Walker doesn’t have the same career pedigree as Irving after being selected in the same draft. That is not what matters in the context of winning. The 2004 Detroit Pistons are Exhibit A regarding that statement.

Walker is better equipped to be the leader of the team because, unlike Brown and Tatum, he knows what sustained losing is like. For years and years, Walker tried to prop up a Charlotte Hornets team that was nowhere close to winning. What’s worse is that it wasn’t for a lack of trying.

Hundreds of millions of dollars were spent on contracts for Nic Batum, Marvin Williams and Myles Plumlee, and millions more were acquired in trades for Dwight Howard, Timofey Mozgov and Bismack Biyombo. Charlotte tried to win games and surround Walker with talent. They just missed the mark…badly.

Walker never demanded a trade, though. He played out his contract and even signaled that he would stay if owner Michael Jordan showed him the money. Somehow, after all of the loyalty he showed, Walker was short-changed in negotiations. He thanked Charlotte, and left the franchise with class.

Compare that to Anthony Davis‘ behavior last season. Hell, Irving whined and complained about teams that were winning. Are those guys that would be good influences on the young core of the Boston Celtics?

It’s a question that doesn’t need to be answered. Those guys complained their way to the biggest markets. They are happy…for now.

Walker is happy now too, and he seems willing to embrace his current situation: third place in the east despite there being plenty of losing in the calendar year.

“I’ve lost so many more than three games in a row throughout the course of my career,” Walker said. “Plenty of times, so this is nothing to me personally. It’s just about getting back on track at this point.”

Walker has struggled. He has perspective. Unlike Davis and Irving, he has come out of losing with all of his dignity in tact. His situation was more frustrating, but that never let that stop him from doing the job he needed to.

And that is what makes him such a perfect leader for this team. When Tatum and Brown face hardships, Walker can be the man to bring them back down to earth. If the team goes down in a playoff series, Walker’s steady demeanor can be what keeps the team focused.

Notice his language when discussing the team’s recent struggles. Notice that he doesn’t point his finger at specific players. He owns the mistakes as a collective team gaffe:

At the end of the day, he has been there and done that. He acknowledged as much in speaking about the state of the team:

Next: Why a Gallinari trade makes no sense

The Boston Celtics are in good hands. Unlike the last two years, they have the perfect leader. 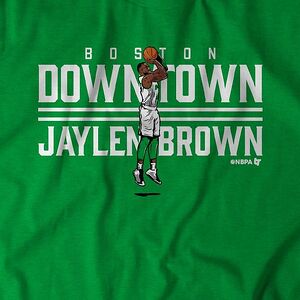